Sven Beckert is the Laird Bell professor of American history at Harvard University
Sweets have invaded the English language the way they have invaded our diet, with almost universally positive connotations. Sweet love, sweet people and sweet deals all suggest pleasant experiences, as do the sugary confections that grace our tables and fill our stores. James Walvin’s new book, “Sugar: The World Corrupted: From Slavery to Obesity,” will thoroughly disabuse you of such agreeable associations and may make you reluctant to reach for something sweet. Sugar, he shows, is a blood-soaked product that has brought havoc to millions and environmental devastation to large parts of the planet, premature death to the poorest populations in many parts of the world and huge health costs for societies from the United States to India. After reading this book the mere mention of sugar should make you think of slavery and cavities, imperialism and obesity — and remind you to check the label on the products you consume. 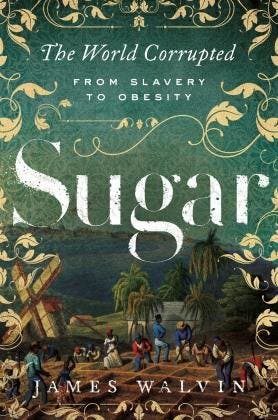