All history is, by definition, revisionist

Dele Olojede, a founder of the Africa in the World festival and a winner of the Pulitzer Prize

On July 18 1324, Mansa Musa, ruler of the west African empire of Mali, arrived on horseback in Cairo, trailing gold dust. For more than 3,000 miles his enormous entourage had trudged across the Sahel. The ruler, on pilgrimage in Mecca, had made this important stop to build alliances with the region’s ruling Mameluke sultans, the best to break the chokehold on Malian trade by the Muslim overlords of the Maghreb. 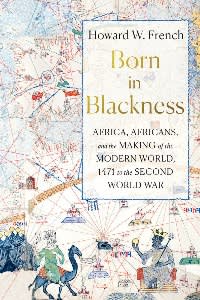 Musa clearly aimed to impress. He was accompanied by an entourage 60,000-strong. Camels and horses reportedly carried up to 18 tonnes of pure gold, all of which the benevolent ruler dispensed along his route to all and sundry. One may safely assume the sovereign was not a man accustomed to checking his bank balances — some accounts still mark him as the wealthiest man that ever lived. On account of this singular voyage, the price of gold reportedly plummeted throughout the region by up to 25 per cent over the following decade.

The goal of Musa’s trip east was principally to secure new diplomatic alliances. He could not have envisioned the ripple effect his unparalleled extravagance would have on the course of human history over the next six centuries. As we learn early in Howard French’s Born in Blackness — a monumental argument for the centrality of Africa to the emergence of our modern world — this trip across the Sahel would help set in motion a series of events that ultimately stitched together the entire globe.

In the years following Musa’s travels, news of this African ruler of unimaginable wealth reverberated around Europe, ultimately prompting several voyages that led first to trade, then to slavery, then the scramble for Africans and Africa, and the most extraordinary forcible transfer of wealth ever recorded. As French painstakingly and persuasively argues, Musa’s arrival in Cairo, “remembered by virtually no one save the historians of medieval Africa, merits consideration as one of the most important moments in the making of the Atlantic world”.

It is a bold claim — that Africa was not at all peripheral to, but played a central role in, the emergence of the Age of Discovery, the rise of plantation slavery and the staggering wealth generated from sugar, cotton and other cash crops, which fed the Industrial Revolution.

The power of this book, and the near-impossibility of its ambition, rests on a slow accumulation and connection of facts mostly known but often deliberately unseen. With it, French, who has written about the African world for most of his life as a journalist and author, seeks to achieve nothing less than a reversal of “diminishment, trivialisation and erasure” of Africans from history.

In doing so, he shifts the focus of the Age of Discovery — the passage to India but especially the landing in the Americas — to Portuguese engagement with west Africa and not the exertions of Spain, as is traditionally understood. Portugal, he shows us, began seeking African gold in the century following Musa, and had to perfect navigational techniques that were later to open the way for other Europeans.

Portugal modelled plantation farming built on African slave labour on the Canary Islands. It pressed into the Gulf of Guinea and built trading relationships with local chiefs for the gruesome human harvest that was to follow for centuries, and alter the course of civilisation. All these were enthusiastically copied, and refined, by the English, the Spanish, the Dutch and, later, the French.

This book is filled with countless eye-openers. I had no idea that Haiti alone generated so much wealth for France that it accounted for fully one-third of France’s external trade, as much trade as the entire US. I also did not register that Britain’s American colonies, economically speaking, were a backwater, with plantation owners in Jamaica, Barbados and Haiti making as much as 20 times the annual incomes of their counterparts to the north.

Nor that Columbus, long before he landed in America, was provisioning the Portuguese fort at Elmina, in present-day Ghana. The gold secured at Elmina funded Vasco da Gama’s passage to India. The Portuguese and others were not in any particular hurry to get to Calcutta at all, preoccupied as they were with extracting west African gold and human bodies. That would take almost three decades.

All history is, by definition, revisionist. In connecting the various dots, French is inviting us to reconsider what we understand about how we got here. The history of the modern world has been overwhelmingly about the ingenuity of white people, the unique goodness of “western civilisation” and the clever glossing over of the stories of the people who paid the highest price for the pleasantness of their ways, the broadness of their avenues, the magnificence of their cathedrals, the richness of their robes, and the fullness of their granaries.

Everyone knew this. French mentions a quote from the trader, pamphleteer and spy Daniel Defoe, which just about sums it up: “No African trade, no Negroes; no Negroes, no sugars, gingers, indicoes etc; no sugars, etc, no islands; no islands, no continent; no continent, no trade.”

It’s inevitable, in reading a book such as this, that one understands it in the context of the times. It is no secret that the world is agitated now by a dogged challenge to nearly all received wisdom. The rise of China, the tottering of America, the pervasiveness of communications technologies that have wiped out the constraining power of the middlemen — all these have created a wonderful and unsettling cacophony, and no one can be certain what lies at the other end.

Into this drops the quietly smouldering voice of French, who spent a decade reading 200 books on his subject, and whose nearly 40 years as a writer, much of it on the African world (his earlier works include A Continent for the Taking and China’s Second Continent), are distilled into this one. His repeatedly stated objective — repetition is noticed throughout this book, as if French suspects he is speaking to deaf ears — is to end what he calls the “symphony of erasure” and “the most important site of erasure, by far, has been the minds of people in the rich world”.

While this can rightly be read as a tilting against the accumulated prejudices of many generations raised on “heart of darkness”, “the hopeless continent”, “the white man’s burden” and “from savage to slave”, one suspects that white people are not the only, or even the primary, audience to which this book is directed.

By connecting disparate dots, and taking us on a painful and exhilarating journey across Africa, on to the slave ships and into South and Central America and the American empire and, finally, through the blues, back in Africa again, French appears to be reaching for language to bridge the great rupture — the severance of the African diaspora from its mainland.

The powerful hold of first slavery then, more radically, colonialism, on the imagination of black people is present on both sides of the Atlantic. It has perpetuated a distancing that is now only being significantly bridged by today’s generation. When I was a schoolboy in 1960s independent Nigeria, a history of slavery was very much perfunctory, when taught at all. Even the physical environment bore no serious markers of the great human extraction that had occurred on this soil. Every now and then, but rarely, one encountered some purported memorialisation of the taking of the slaves, inevitably an afterthought in its shoddy execution. To most black Americans — as I have come to understand in the more than three decades after their country became my adopted home — Africa is but a fantastical imagining. French, in this effort, is trying to make whole that which has been sundered by creating a commonly shared story.

In reading this book, twice, one can sense the strain that goes into forcing the emotions to stand secondary to a work of immense scholarship. But now and then pain breaks through, because for the French family the historical is also all too personal. His ancestor is the slave woman Priscilla, who was purchased in 1812 by James Barbour, who would later serve as a US senator and John Quincy Adams’ secretary of war. The French family remains in possession of a copy of the bill of sale. And the family has held on to a piece of land in Virginia that successors to Priscilla obtained in the brief period of freedom following emancipation.

I am sceptical that “the minds of the people in the rich world” will magically open on reading this book. To paraphrase a better-known aphorism, there’s no making a man see the light when his status and identity are bound up in his not seeing it.

But I am more hopeful of the second objective of rebuilding a common story of the African world, on both sides of the great ocean, as I read French’s exploration of the blues towards the end of this infuriating and hugely enlightening book, as what came out of Africa was made into something more in the Americas — the tracing of the arc from Ali Farka Touré to Blind Lemon Jefferson, from the Niger Delta to the Mississippi Delta. French made no mention of this, but it was Louis Armstrong’s used trumpet, donated by Satchmo himself, that ended up in the hands of the teenage Hugh Masekela in a Johannesburg township in 1956. The circle is, perhaps, unbroken after all.